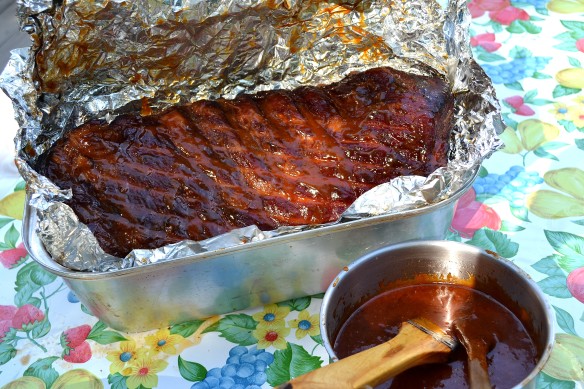 It’s good to have people in your life who push you out of your comfort zone. My lovely friend Nicola pushes me way past my comfortable depth (in positive ways), and leads by example. Thanks to Nicola, in early May, I found myself in a car with four people driving to a smallish unpretty town about an hour south of London, where, along with three other friends, we would cook overnight in the British Barbecue Society’s Grassroots Shake and Sauce competition. END_OF_DOCUMENT_TOKEN_TO_BE_REPLACED

Two years ago, I ate the kebab to end all kebabs. My always-hungry friend Z was visiting. I had an appointment to get my hair cut on Church Street, near Marylebone. I told him he could come along, poke around the antique sellers, and get a kebab from Lahore restaurant across the street, which sets up a kebab stall on market days. An hour into my appointment Z turned up with the most gorgeous lamb shish roll. The lamb was succulent, tender, and medium-rare with a hint of char, and complemented by crunchy salad, the homemade roti wrap was warm with that perfect chewy bite to it, and the sauces – one a garlicky yogurt sauce, and one a hot sauce – struck just the right balance of salty, savory, tangy, and spicy. The kebab plunged us into a fevered discussion of why there are no proper kebab shops in Seattle and spawned my quest to try all the delicious kebab rolls in London. END_OF_DOCUMENT_TOKEN_TO_BE_REPLACED

Life in the new flat is not all wine and roses. Since my move in early October, I’ve been contending with the Never-Ending Kitchen Remodel. You know, that delightful pastiche featuring those charming rascals, the Slapdash Contractors, with supporting roles played by the Goddamn Shitty Appliances. The first time I attempted to use the oven I turned on the timer rather than the heat, and couldn’t figure out how to turn it off. It ticked loudly tick-tick-tick-tick-tick-tick-tick-tick-tick-tick until I worked out how to get the heat on and blew all the fuses in the kitchen. Sarf-East cockney contractor Del-boy came round an hour or two later and put the oven on its own fuse. Once the oven was reconnected the timer started ticking again tick-tick-tick-tick-tick-tick-tick-tick-tick-tick. Del-boy scratched his head, muttered something about not being boffered, and skulked off. Saturday I brought home beef bones to roast for stock, at which point I learned the oven doesn’t actually work, as in doesn’t get hot. I stomped around crankily and may have whined a bit about wanting to roast things. Lovely Flatmate called the truculent nameless Polish contractor, who looked in the oven and said, “I can’t fix. You need specialist.”

Since my move to Bermondsey, my Saturdays have fallen into a pattern. I get up early, so I can get to the Butchery (now only a five minute walk from my flat) soon after they open. Then I slaver over the meat case, which Nathan the butcher and his young disciples have stocked full of lovely cuts of rare breed meat. Then I count my money, which usually isn’t enough. (Like most of the Maltby Street traders, the Butchery only takes cash.) After I’ve made my purchases, I call friends Jess and Will, who (I like to imagine) have been waiting by their phones like addicts waiting for a call from their dealer, and I announce what I’ve bought. My first Saturday back from Seattle, it was, “dry-aged Dexter flatiron, Old Spot streaky bacon, and marrow bones!” Two weeks ago: “Two whole pork jowls!” And last week: “two kilos of white park dry-aged short ribs! Oh my god they’re so beautiful! Streaky bacon! And one-and-a-half kilos of marrow bones!” END_OF_DOCUMENT_TOKEN_TO_BE_REPLACED 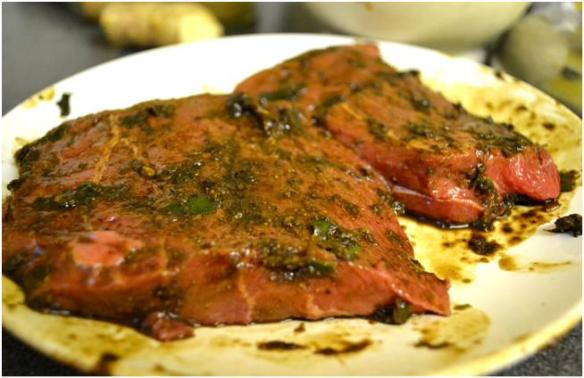 I would like to talk about the holy trinity. No, I don’t mean leeks, carrots and celery. The holy trinity I’m talking about is tamarind, chile, and ginger. In fact, I think there is no more blessed union, or, if you prefer, no hotter ménage á trois. The marinade (really, a wet rub) I made using these ingredients as a base literally cannot be improved upon. It is rich, complicated, savory, tangy, and spicy. In short, it is freaking AWESOME. END_OF_DOCUMENT_TOKEN_TO_BE_REPLACED

What I Wrote Recently